Apologies for the lack of posting. September has been busy and I've been hampered by a twisted knee so sitting down to blog has dropped down the list some. 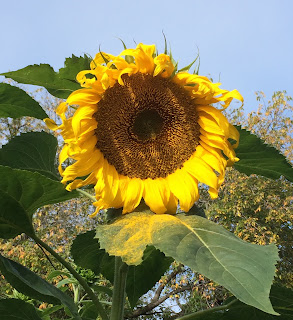 We have been busy. I finally racked off the summer wine. The strawberry wine seems to be a success. The rhubarb wine tastes good but has picked up some bacteria that gives it an off scent. Aerating has not resolved the issue and the chemical solutions look too complicated to bother with so I think this batch is headed down the drain. A good lesson on (I think) the risks of over-sugaring. 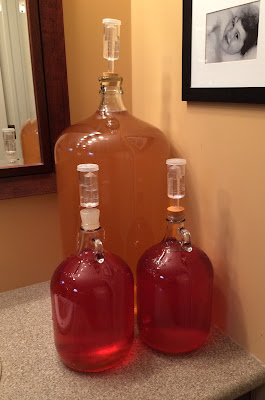 We finally picked the tomatoes one evening when the risk of frost looked real. Of course the frost didn't materialize.. . The window sills are now full of trays of tomatoes ripening. That triggered a quick tally of what we still had in the basement freezer from last year. 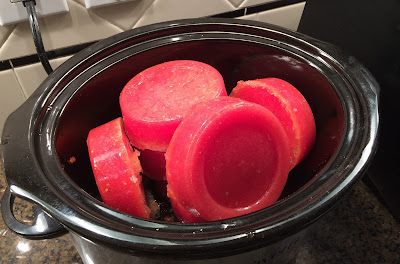 Interestingly, pressed-but-not-sauced tomatoes were the only thing we had too much of. So these frozen discs of tomatoes were sauced. We'll likely sauce and then freeze this year's tomatoes (less to freeze and in a more useful form). I also have a bunch of smaller tomatoes that I am oven roasting right now to freeze. 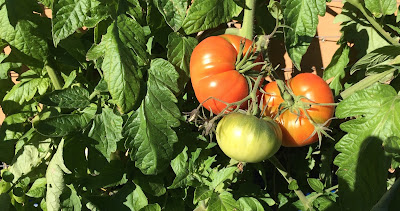 We have managed to stay on top of the apple crop with pies and eating them fresh. We still have sauce from last year so no need to add to the backlog! 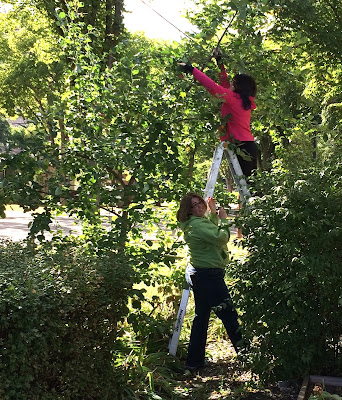 We also picked the pole beans yesterday. These could have stood another few weeks of growing but I'm not sure we were going to get that. 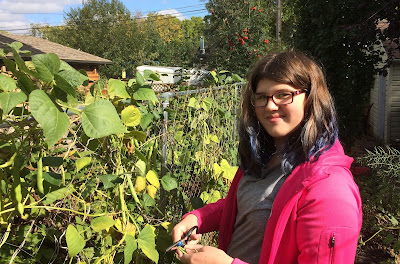 I've been holding off on getting a load of manure for the beds. But I did buy a few bags in order to amend the soil ahead of planting garlic.We put in 51 plants this year (which is about right for a year or so of eating). You can see Jess below using the reliable "hang-loose" spacing method to get the cloves in about 6 or 8 inches apart. 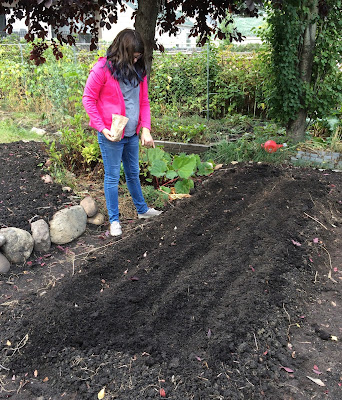 I have a bit more work to do in the beds out front before ordering manure. We'll see how my knee feels this week! Today we are also drying the remainder of the herbs for winter storage. If I get time, I'm going to try to jelly the mountain ash berries from the back (another experiment in local foraging).
Posted by Bob Barnetson at 9:32 AM No comments:

Every year, Jess and I forage some new fruit from the valley and try to make it into jam or jelly. It started out as a botany/history lesson and, as Jess has gotten older, has now morphed in an annual zombie-themed quest centring on the question of "what food is there to eat in Edmonton besides people"?

In the past we've foraged Saskatoons, choke cherries, rose hips, red elderberries, nanking cherries, crab apples, and high bush cranberries and made mostly jelly. Reviews have been mixed... . This year I wanted to try sea buckthorn berries which are everywhere on city parkland. As it turns out, I actually picked buffalo berries, mistaking them for sea buckthorn (cough, cough). 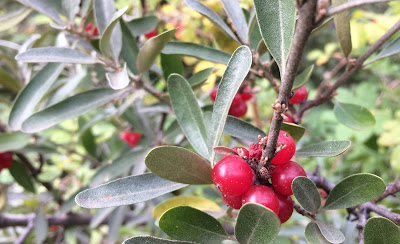 I'd picked out a couple of candidates this spring while cycling. Most books suggest waiting until after the first frost to sweeten the berries up some. I decided to roll the dice now as we had time and the red berries were fairly tasty (somewhere between a tart plum and a sour cherries).

We ended up with about a third of a gallon (1.5 litres) before interest in picking started to wane. The thorns weren't too bad but I did get a couple of good stickings trying to bring a high branch down low for picking. 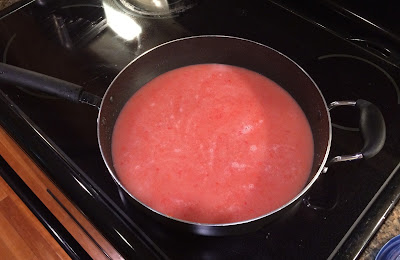 As we've had uneven success with foraged preserves, I just did a quick a dirty jelly with them. I washed, boiled and strained the berries. They could have stood a second filtering through cheese cloth but I was in hurry. The juice smelled (oddly) like cooking sweet potatoes or perhaps roasted pumpkin. Sweet but squashy. 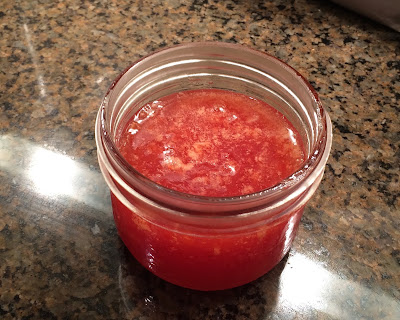 I then added some sugar and a touch of lemon juice and boiled. The aroma changed toward citrus as it boiled. We got three cups of jelly out of this. I didn't bother skimming the foam but that would be an important step if I was going to store or gift (again, this was a quick and dirty effort to see what the jelly would be like). 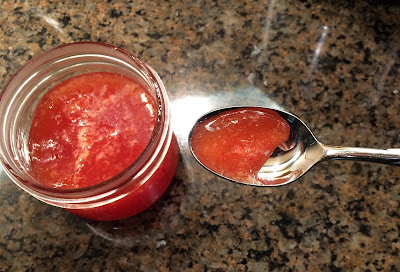 The jelly set up nicely. I didn't bother to water bath such a small batch--they can just sit in the fridge until eaten. It has a citrusy taste and good colour. It is up there with chokecherries in terms of successful foraged jellies. I'm not sure I would do this again, but it was a fun project. And, we can try sea buckthorn next year! 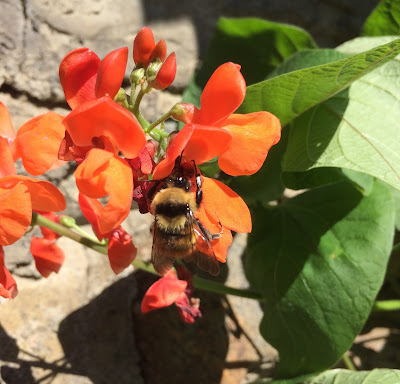 The rest of the garden is winding down. The potatoes weren't super productive this year. I would guess a lack of water and compacted soil in the back beds are a factor here. The onions and apples were also a bit smaller than past years. 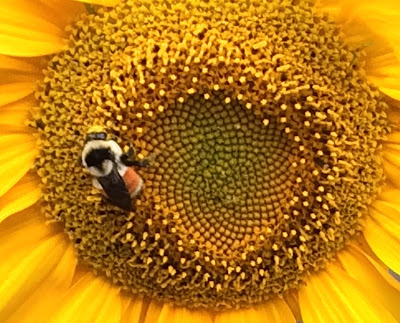 The tomatoes are going great guns. I see we have some slugs in our back bed holing the green tomatoes so I picked the low-hangers (that the slugs seem to focus on) and brought them into ripen The rest will stay on the vines until frost threatens. 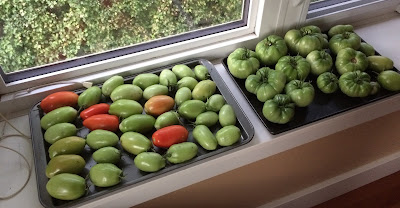 While we wait for the growing season to end, I'm continuing to so some bed amendments. The bed by the garage had become pretty compacted over time and also invaded by crab grass. I cut out a touch more lawn to square the bed up and then started to loosen the soil. I'll work a big load of manure into the beds a bit later in the fall.

This afternoon's task is to get the rhubarb and strawberry wines in the basement racked off for bulk storage.
Posted by Bob Barnetson at 1:05 PM 1 comment: 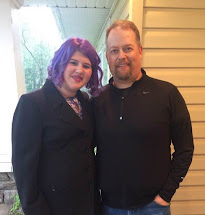